These 50 splendid cards, once attributed to the great Andrea Mantegna, are one of the most enigmatic creations of Renaissance art.

This Work of Art was created in Ferrara (Northern Italy) around 1460-65 and re-engraved in Germany by Johann Ladenspelder around 1540.

The Mantegna-Ladenspelder Tarot is re-proposed in two versions (Deluxe and Art Box) which enhance its beauty, nobility and profound spirituality.

-> GO TO THE DESCRIPTIVE PAGE<-

The MANTEGNA-LADENSPELDER TAROT is an authentic work of art. Being a very limited edition, its value will increase over time, like all the works produced by Rinascimento Italian Style Art.

The MOST LUXURIOUS and REFINED COLLECTION of TAROT, SIBYLS and OTHER MAGNIFICENT ARTWORKS PRODUCED in LIMITED EDITIONS by RINASCIMENTO are available on ETSY !

A very interesting aspect of the history of Tarot, in addition to the decks of cards, is a quantity of works of art that show scenes of various kinds related to the game, magic, religion and society in the broadest sense. I am speaking about paintings, engravings, sculptures and other artifacts.

In this article will be analyzed three engravings that Rinascimento Italian Style Art has recently reprinted to offer to Tarot lovers and card games passionate in general. These three reprints, also on sale on ETSY (complete with a technical data sheet), came from the pen of a great artist of the Baroque era, Giuseppe Maria Mitelli.

Giuseppe Maria Mitelli was son of the famous painter Agostino Mitelli (Bologna 1609 – Madrid 1660). He too was an excellent painter, but above all he was one of the most prolific engravers of the seventeenth century. He reproduced masterpieces by Carracci, Guercino and other famous Bolognese painters.

He created an extraordinary quantity of subjects of all kinds in etching: popular scenes of daily life, sacred and profane allegories, political satires, proverbs. (1)

In the great production of Mitelli stands out a wonderful Tarot deck faithfully reprinted in 2017 by Rinascimento Italian Style Art and accompanied by a valuable historical study complete with fortune telling instructions. (2)

Mitelli was passionate about all kinds of sports games and was a frequent visitor to the most diverse gaming environments, both in aristocratic houses and in taverns.

From the mid-eighties of the seventeenth century, the Bolognese artist devoted himself to the invention of board games, which he himself illustrated and explained in the engraving itself or in separate sheets. To date, thirty-three engravings of various sizes are known. (3)

In the games created by Mitelli there are sometimes references to current affairs and international politics, such as in the Game of Turkish, German and Venetian (c.1685) or The Game of Hope (1699).

In some games Mitelli impose a satirical imprint towards the society of his time, but above all stands out, in each image, the extraordinary imagination of the artist, for which every aspect of daily life and even the human physiognomy were a source of inspiration for new pastimes, as in Donkeys Game (1687), Game of all forms of Noses (1687), Game of the Beloved with Lovers (1690), Game of the Eyes and Mouths (1690), Game of Crafts (1698), just to mention a few titles.

Even the classic card games inspired Giuseppe Maria Mitelli various scenes, which were accompanied by ethical comments, such as the three reprints proposed by Rinascimento Italian Style Art (BUY them on ETSY).

In the first print, entitled The player and the death, taken from the series “The Twenty-Four Hours of Human Happiness” (1675), a player raises a 6 of Coins with his right hand, while with his left he indicates playing cards, dice and coins scattered on the table. Other playing cards are scattered on the floor.

Below you can read two rhyming captions that underline the moralistic vision of Mitelli. In the left one the player speaks:

GAMBLER
The game was always my pleasure and care
What a good time playing. it spends
The game makes me earn more than anything else
And without being a Jew i live with usury.

DEATH
Until the extreme age, from the greenest
The unstable fortune is at stake,
and if you get a treasure sometimes,
more often because of him the soul is lost.

The second print is entitled “Who plays by need loses by necessity”, that is, The unfortunate card player, taken from “Figured proverbs” (1678).

Here, a man is taking off his shirt in front of a woman who offers him a playing card. On the table we see many coins, while on the ground, next to the woman’s feet, we see the clothes that the player has already lost. The caption reads the following warning:

More and more is consumed, and always losing,
the beggar who tries to enrich himself with the game,
because green hope is always fallacious.

As if to say that the poor man who tries his luck at the game will lose even the little he has, because his Hope (traditionally the color of this virtue is green) will always be misplaced.

The third print, titled The Card Players is taken from “The Honored Life of the Idle” (1683), dedicated to the time wasters of whom Mitelli describes in six images the life and the natural ending in poverty. In the fifth scene, a prelude to the final misery, the idle man dedicates himself to the card game and seems to ask how he could lose.

The caption at the foot of the figure explains:

The lazy man has the weight of any defect
and not only has Ceres and Bacchus for consorts,
but his soul is so fiery for the game
that his honor and money go missing.

And if from a friendly lip he is reproached,
he swears in spite of wise advice,
because the lazy one, to live as he wishes,
would also throw away his part of the Sun.

In short, following the common idea that idleness is the origin of all vices, Mitelli affirm that the idle is disposal to lose even light, that is to say the sight, to follow his unhealthy habits.

It may seem strange that Mitelli, passionate about every game genre and also the inventor of numerous board games, including a Tarot deck, was so critical of card players. Actually Mitelli was an extremely balanced man, critical of both the harmful habits of the people and of fanatic clergy, who saw in the playing cards a diabolical invention. Mitelli, on the other hand, used games to educate people using, as they say, poison as an antidote to poison.

In 1989, italian researcher Franco Pratesi made public his discovery at the University Library of Bologna of a manuscript dedicated to divination with the Tarocchino of Bologna. It is a single sheet, folded in two parts, lengthways. The text, divided into two columns, shows the divining meanings of 35 cards. (1)

Reading hall of the University Library of Bologna

The sheet was undoubtedly written in Bologna, as indicated by a typically Bolognese term “Tempra”, instead of Temperance. Furthermore, the presence of female names attributed to the Pages of Cups and Coins, which in the list are referred to with the term “Fantesca” (maidservant), allow, according to Pratesi, a very precise dating: around 1750-60. Thus, these rules was written some years before the first “revelations” of Etteilla. (2)

In that list, only the meanings of 35 cards are mentioned, in quite an unclear and disorderly fashion, rather than the entire deck (see the complete list here below). This is a tradition typical of Bologna. However, this tradition was quite varied; it is a known fact that some “Strolghe” (dialectical name derivated from “astrologers”) as fortune-tellers were called in Bologna, used to pull out some cards from the deck, reducing it to 45, or 50 or even 55 cards. (3)

The repetition of the number five is undoubtedly related to the magical meaning, traditionally attributed to this number: the pentacle, the five-pointed star, the Quintessence of matter, the Hand of Glory, the five senses, and so on.
At the bottom of the page one can read a brief statement on the reading method: «You must make up Five decks by placing the cards in each, ensuring there are seven for each deck». (4)

This specification is completely useless if no precise instructions on the value attributed to the five decks are received. This means that these notes were written by someone who had previously been instructed about how to spread the cards and interpret them. So, it can be assumed that cartomancy has been practiced in Bologna from a decade at least.
It would also be interesting to dwell on the Tarocchini tradition of play.

This game has been commonly played in Bologna for over five hundred years and then it fell into almost complete oblivion, until the recent attempts by the Academy of Tarocchino Bolognese to keep the memory alive. But the instructions on the rules of play would require an extensive manual.

Regarding the traditional cartomantic rules in Bologna some useful texts have been recently published. (5)

(1) The sheet found by Pratesi at University Library of Bologna (Cat. 4029. Chap. 119) is contained within a box, along with other documents on various subjects including a Masonic document, dating to the late eighteenth century. See. F. Pratesi, Tarot bolonais et cartomancie, in L’As de Trèfle”, nr.37, 1989, pp.10-11.
(2) Pratesi based his conviction on the analogy with a card game like Tarot, the Minchiate, of which there was Bologna was an important producer. The custom with Bolognese Tarot players, to refer to the Pages of Cups and Coins, with feminine term “Fantesca”, lasted until around 1750. See M. Dummett, The Game of Tarot, Duckwort, London 1980, p. 316.
(3) See. “Significato delle Carte” (Meanings of the cards), cat. nr.12 in Antichi Giochi e Tarocchi a Bologna, Biblioteca universitaria di Bologna, 2014, pp.76-77.
(4) See. “La cartomanzia a Bologna”, in Il Tarocchino di Bologna, by A. Vitali and T. Zanetti, Bologna, 2005, pp.78-80.
(5) See. Greta Boni Dori, who illustrate the divinatory meanings of the 62 cards and the techniques of reading in Giuseppe Maria Mitelli and the Tarocchino bolognese, by Giordano Berti, Bologna, 2018, pp.86-117.

MADRID, March 13, 2020, Friday, from 10:00 a.m. to 2:00 p.m., the famous Italian historian Giordano Berti will explain all the secrets of Mantegna’s Tarot in a Master workshop, and also teach how to interpret it correctly.

THE WHEEL OF LIFE is a simple and fascinating divination tool based on the symbolism of Tarot, created by Giordano Berti.

Using this oracle it can help you
-> to develop a greater sensitivity,
-> to understand yourself and others,
> to mature, to face life better.

The BOOKLET written by famous spanish tarologist Maria Del Mar Tort i Casals,
give precise indications on the most diverse areas of life:
work, love, wealth, our psychological or spiritual evolution,
as well as interpersonal relationships.

Berti wrote:
“The WHEEL is to become the Reality that surrounds you. The 22 ARCANA are the People you may meet on any given every day,
or they can provide reasons for your current mood. You are the FOOL. The BUTTERFLY represents your thoughts.
Spin the Wheel and watch where the Butterfly stops. This is the way you can interpret your every day.” 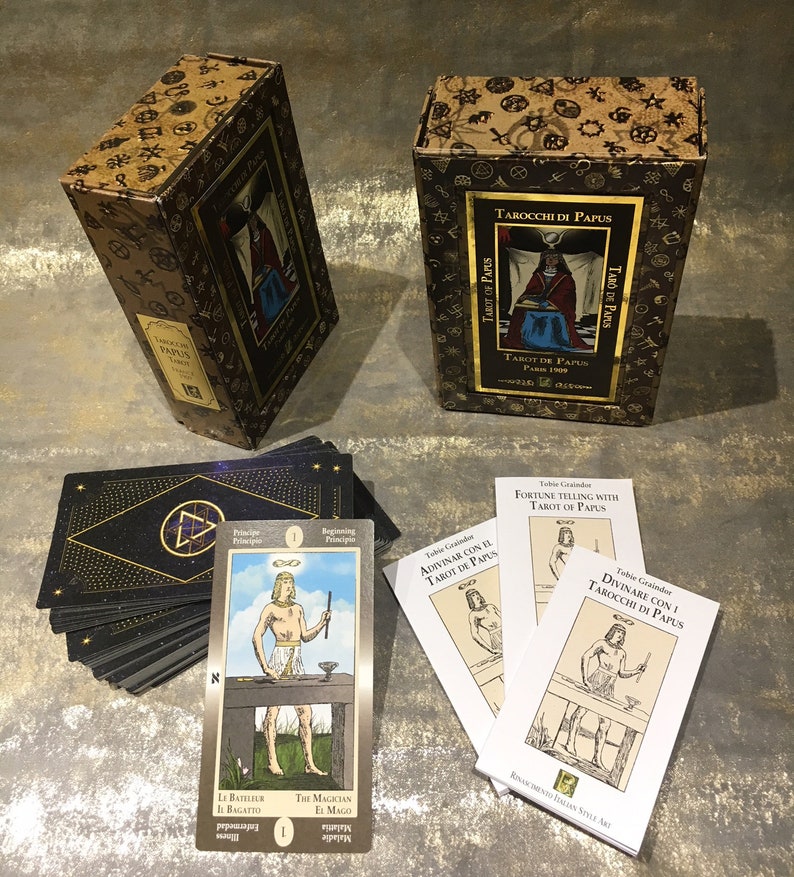 MAGNIFICENT COLOR VERSION of the 78 CARDS
originally printed in black and white
reprinted under the direction of Giordano Berti.

Each box contains:
+ 78 CARDS
+ WARRANTY with the deck’s number+ LEAFLET: 8 pages with methods to read the cards.
+ TAROT TALISMAN 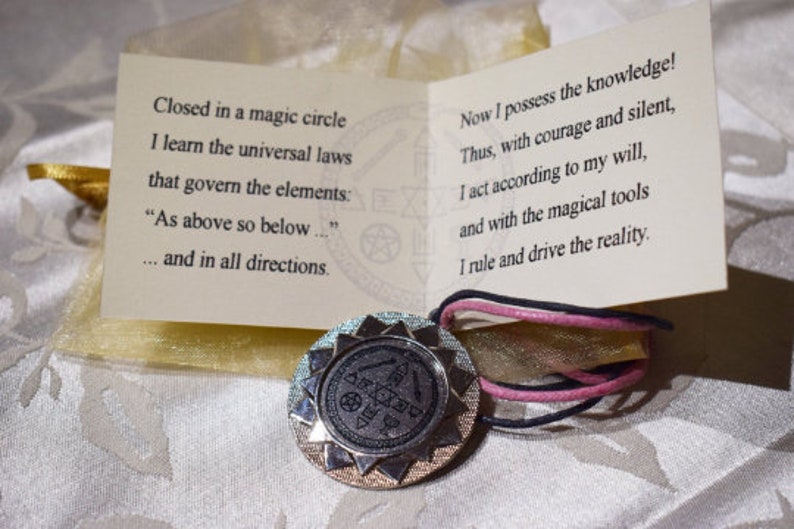